Based on reportable Texas car wrecks in 2017:

There were 1,330,492 civil cases filed in Texas last year.  Of these cases, 45,359 involved car wrecks. Essentially, many Texans are injured because of the negligence, or carelessness, of other drivers in the Lone Star State.

Most car wrecks are resolved with out of court settlements between injured car wreck victim(s) and insurance companies. If a settlement cannot be reached, a personal injury lawsuit can be filed in the state or county where the injury occurred.

In Texas, an injured person from a car accident can file their lawsuit for compensation when the other driver’s carelessness harmed or injured the person.

Once the lawsuit is filed, it is time to gather evidence.  The process of evidence gathering in a legal case is called discovery.  Discovery allows you to fully understand what occurred during the car wreck and prove it in a trial.  Both sides must give each other evidence and establish facts to either ask for damages (money) or defend one’s self in court.

Discovery also fosters settlement since both parties know the evidence the other is holding. Evidence not disclosed during settlement typically cannot be used in trial. Discovery discourages trials by surprise.

There are five methods of discovery which parties can use during the discovery process:

They can get technical, but essentially by using the above methods, you’re requesting the defendant to provide you all the important information, documents or other tangible items, such as copies of emails, medical records, medical bills, employment information related to the accident, and so forth.  You’re also asking them true or false questions or questions seeking clarification on some facts involving the accident.

As mentioned above, depositions are another common method of gathering evidence in a lawsuit.  It’s the opportunity for the attorneys to question the other party under oath.  In fact, the testimony plays the same role as in court testimony. The attorneys often object to some of the questions.

The discovery process helps determine the next steps in your car wreck lawsuit. If the discovery process does not favor the defendant, they may offer a better settlement. Alternatively, if after discovery, you or your attorney feel you have a strong case, you may continue to trial.

If the case goes to trial, the evidence will be presented to the court. A judge or jury will decide if the defendant is liable for the car wreck and the compensation available to you, if any.

Our attorneys at Corbett & Corbett LLP have been helping car accident victims like you for many years. We know the discovery process well, and we know how to obtain all the information for a successful claim. 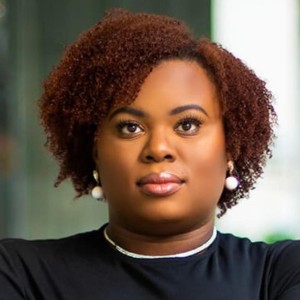