we'ill help you stand up to racism

Our dallas civil rights lawyer is ready to fight for you

On January 1, 1863, over 150 years ago, President Abraham Lincoln issued the Emancipation Proclamation ending slavery for millions of African Americans.  However, Lincoln was assassinated, and slavery wasn’t wholly eradicated until December 6, 1865, when all the member states ratified the Thirteenth Amendment.  Slavery was over but not racial discrimination.

Yes, with the ratification of the Thirteenth Amendment, America made a big leap toward racial justice. The succeeding decade brought promise and excitement as some newly freed slaves were elected to Congress and became wealthy. Reconstruction had arrived for the freedmen. It seemed America was ready to become the nation that the Founders described in the Declaration of Independence. However, history taught us well that white America had another idea, dealing a death blow to Reconstruction.

The ensuing 100 years were a century of Jim Crow, sharecropping, lynching’s, bombings, murders and much more.  Southern whites implemented what author Douglas A. Blackmon coined “slavery by another name.” Moreover, whites everywhere found no use for uppity, high-minded blacks demanding even more racial justice.

To meet these growing demands for racial justice, southern whites formed the KKK and other terroristic organizations and enacted segregation laws to retain power in their hands and relegate blacks to the back of the bus. Whites treated blacks horribly, especially black men, unfairly imprisoning and treating them with no dignity. The oppression was beyond shameful and deplorable.

However, blacks fought back, forming the Civil Rights Movement. The movement, led by civil rights notables like Rev. Dr. Martin Luther King Jr. and Justice Thurgood Marshall, won more concessions from white America including the Brown v. Board of Education case, Civil Rights Act, Voter Rights Act and the Fair Housing Act. These statutes and other landmark cases were needed to give teeth to the Thirteenth Amendment.

The Fight For Civil Rights Rages On

Notwithstanding our progress, America still grapples with the badges and incidents of slavery. The fight for racial justice is far from over despite the historic election and re-lection of the first black American president, Barrack Hussein Obama. For instance, America stepped backwards when Congress repealed parts of the Voting Rights Act. Also, the Education Department is reneging on civil rights by rescinding policies that the Obama Administration implemented to fight racial injustice black males face in public schools. Michelle Alexander made a strong argument in her book, The New Jim Crow, that mass incarceration is confirmation that systemic and structural racism continue to have a disparate impact on black Americans. The wealth, income, education and criminal justice gaps are also proof of this disparate impact.

Our Dallas civil rights attorney handles excessive force cases as well. Trayvon Martin, Eric Garner, Philando Castile, Tamir Rice, Walter Scott, Jordan Edwards, Freddy Gray, Botham Jean, and many more are the devastating consequences of a government that’s supposed to enforce its laws but instead enforces racial oppression.  We seek justice for any person of color who suffers harm at the hands of law enforcement.

As you can see, our Dallas civil rights lawyer is passionate about racial justice. It’s in our firm’s DNA. This passion has only intensified over the past two years as we’ve watched an emergence of racial demagoguery and hostilities coming from our nation’s highest-ranking politicians and their supporters. We desire to be on the front lines in the fight against racial discrimination. We will use our talents and resources to ensure the next generation of African Americans live in a fair and just America. 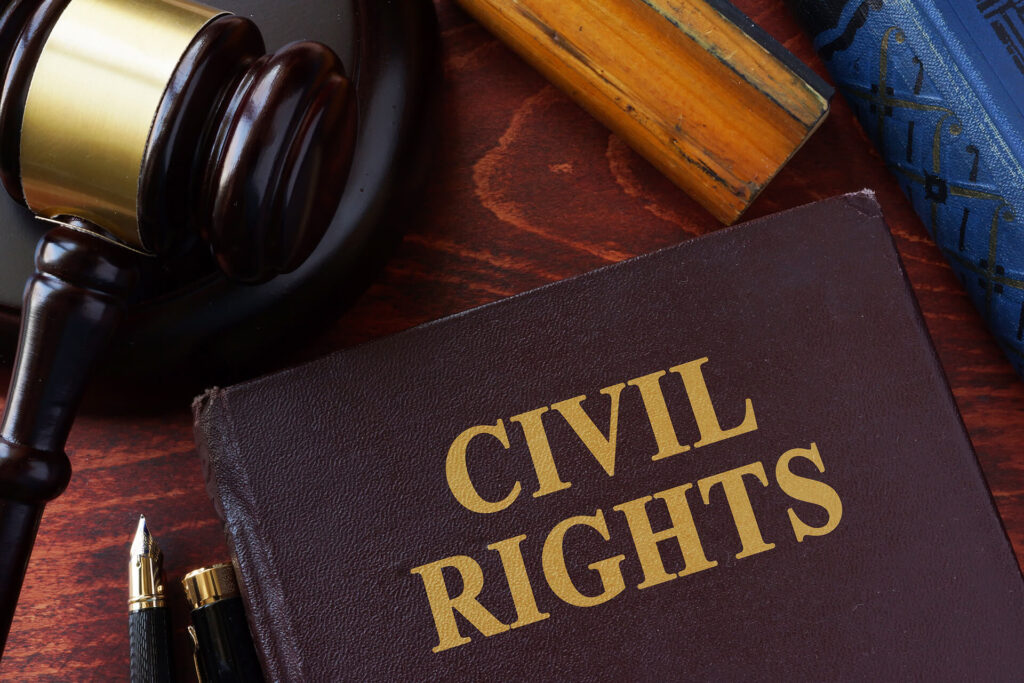