SCOTUS MUST REEL IN BAD COPS 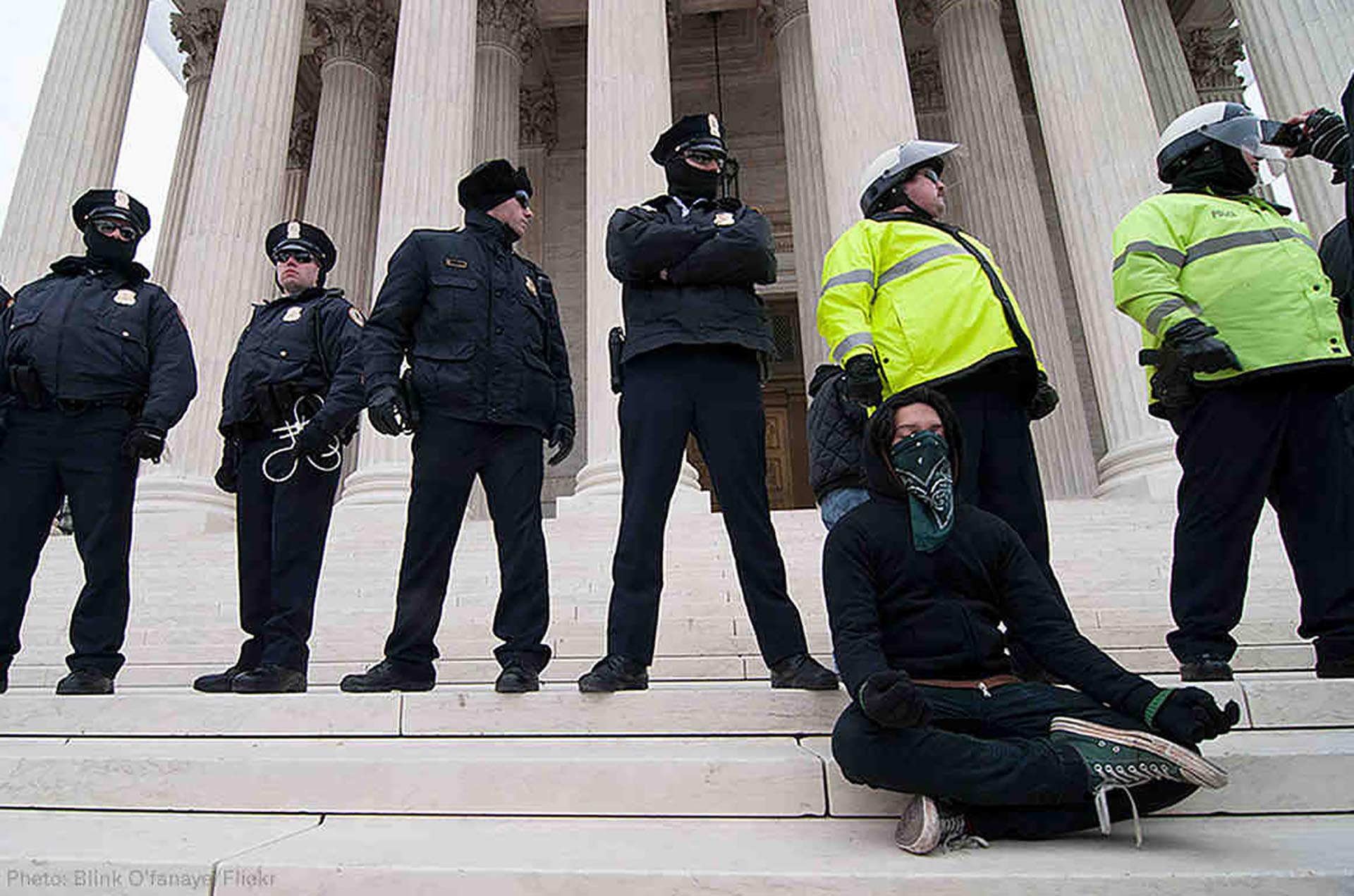 The law must be changed

In a very famous 1803 case, (Marbury v. Madison, 5 U.S. 137), the U.S. Supreme Court (SCOTUS) grabbed the authority and tasked itself with the job of declaring the law or interpreting the Constitution for all aspects of American life. The Marbury case is why SCOTUS is the final authority of the law in America, including topics of slavery, segregation, contracts, immigration, criminal procedure, national security, equal protection, First Amendment, Second Amendment, etc.

Jump forward 285 years, and SCOTUS used two cases to tell the nation what the Constitution says regarding police use of force. The cases are Tennessee v. Garner, 471 U.S. 1 and Graham v. Connor, 490 U.S. 386. In Garner, SCOTUS says police officers typically cannot shoot unarmed people unless they pose a danger to someone.

Four years later, in Connor, SCOTUS severely limited Garner and justified a cop’s use of force against innocent unarmed people. It said although the use of force must be reasonable, it based the reasonable analysis on the cop’s perspective, depending on the facts and circumstances.  SCOTUS insolated cops from prosecution even more by adding that cops make split-second decisions that the public shouldn’t second guess in hindsight. Ultimately SCOTUS gave cops many ways to justify their use of force.

Sworn Reports of The Arresting Cop

Cops learn about the Garner and Connor cases in the police academy. Prosecutors learn them in law school and on the job. So, when a cop uses force, they know how to fudge their sworn police reports to satisfy the language in Garner and Connor cases. More important, prosecutors have room to justify the use of force by cops from the cops doctored reports.

In the unlikely event that law enforcement arrest one of its on for using deadly or excessive force, a Grand Jury must indict the cop.  Grand Juries consists of a group of people from the prosecuting county.  An indictment is a sheet of paper that says the Grand Jury believes there is probable cause for the case to move forward in the court system. Probable cause requires very little evidence.

The prosecutor is the only person in the room when she presents her case to the Grand Jury. Thus, even if the prosecutor presents the case to a Grand Jury, they do so in a fashion the Grand Jury knows not to indict the cop. This mischievous approach explains why there are no prosecutions for 99.9% of cops’ excessive force cases, including deadly force cases.

The bottom line is cops will continue to get away with brutalizing blacks until SCOTUS reels in the extraordinary power they gave to cops. And when will SCOTUS reel in corrupt cops?  The answer is NEVER unless we vote for justice-minded presidents and senators who will nominate and confirm justice-minded supreme court justices. Unless SCOTUS changes its interpretation of the law, crooked cops and do-nothing police departments will continue abusing their enormous power, especially with blacks.

Meanwhile, until SCOTUS acts, what can we do to combat police brutality?

Continue videotaping all police encounters with black people. The videotape may be enough evidence to refute the lies that often end up in police reports. Remember to record safely. Don’t give cops a reason to use force against you by reaching for your phone at the wrong time.

We elect district attorneys, judges, and law enforcement leaders in local elections. These elected officials will be more responsive to our issues if they know we’ll hold them accountable at the polls. However, they will have no incentive to earnestly hear our concerns if they can count on us, not voting.

The ‘Hold the Vote’ campaign led by P. Diddy, Charlemagne, and Ice Cube is wrongheaded, although democrats do take our votes for granted. Note voting, however, isn’t the answer. Not voting is diametrically opposed to what we should be doing to get elected officials in office who will take the black community and justice issues seriously.  Please do not let these celebrity voices sway you against voting.  Our ancestors died and suffered too much for us not to vote. Don’t let their blood be in vain.  And equally important voting secures the future for our next generation.

Blacks are notorious for reacting to racist incidents rather than taking preemptive actions to prevent such incidents. Such blind reactionaryism brings no sustained change. It only releases steam. We need to harness and channel that steam by uniting and forming groups and organizations to combat injustice.

Whites know our pattern of reacting to stimulus without sustained organized movement. They know after a few nights of upheaval, we’ll go back to life as usual. So, they just sigh and wait us out.

For most of the last century, white racist subjected blacks to stringent and oppressive segregation and racism.  Yet we had owned businesses and provided for our neighborhoods.  We need to rebuild the black dollar.  We must become producers, not only consumers.  While black women are the fastest-growing business owners in the country, that is not enough.  We should be able to provide all of our essential goods and services to each other. Let’s rebuild grocery stores, banks, hospitals, restaurants, and much more in our neighborhoods once again.  Participating in capitalism, producing goods and services, and providing for our own needs will generate respect and standing from other races.  Money speaks in America. Let’s use our money to send a message.

Every time a horrible incident of racial injustice occurs, black Americans react and lash out, understandably so. Yet, the conflicts continue, and black America goes back to its corner until the next incident. This article offers a new approach that we can utilize to substantive change, respect for our community and independence from other races who disrespect us. Briefly, let’s unite, organize, and move this nation toward a more just and fair country for all races.