Why Wills Are Essential For Most Families

Dying without a will can be taxing

People often say having a Will is essential. But what is a Will? A Will is a legal document that sets out who inherits your assets after your death.

Having a Will ensures that others distribute your assets according to your desires and avoid discrepancies about your wishes.

When a person dies intestate, which is dying without a Will, a judge decides who gets your assets. The judge distributes your assets according to intestacy rules. That means the judge gives assets to your spouse or relatives according to eligibility requirements.

A judge using interstate laws to distribute your assets is not always can be problematic. Complicated situations can make intestacy undesirable. The decedent may have desired his property be distributed in a completely different way; but, he failed to make his desires known in a Will. And dying without a Will can cause lots of animosity between family members, especially when the decedent died owning valuable assets.

Black Panther’s star Chadwick Boseman died intestate. According to the website Celebrity Net Worth, his net worth was an estimated $12 Million when he died. His heirs are his wife and parents. However, because he died without a Will, a judge determines who gets what, if any portion, of Mr. Boseman’s valuable assets.

To start this process, Taylor Simone Ledward, Boseman’s wife, reportedly filed a court petition. She is reportedly requesting a judge name her as the administrator of Boseman’s estate. If the judge approves her request, she decides who gets what. We hope this process doesn’t tear up this beautiful family. This situation illustrates the necessity of a Will.

Another celebrity who died intestate in recent years was the late, great, incomparable Queen of Soul, Ms. Aretha Franklin. She died at 76. When she died, her net worth was an estimated $100 Million. She was divorced and left four children behind.

What’s more, for both Mr. Bosman and Ms. Franklin, dying intestate likely increased their after-death tax liabilities. This potentially costly headache is another critical reason Wills are a must have for most families.

Incidentally, we don’t mean to imply using these wealthy celebrities that Wills are essential only for the rich. That’s not our intention at all. Wills are vital for most families regardless of their net worth.

While we celebrate these two beautiful entertainers who brought joy to many people, let’s learn one more valuable lesson from them. That lesson is — GET A WILL DONE IMMEDIATELY. A properly executed Will is the best course of action in the overwhelming majority of cases.

Don’t wait another day. Hire an attorney to draft your Will today. This action ensures the law will have your property distributed as you desire. And it may save your family lots of trepidation and tax money. 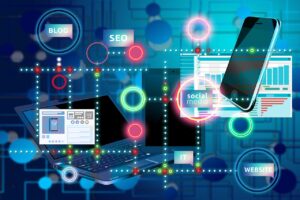